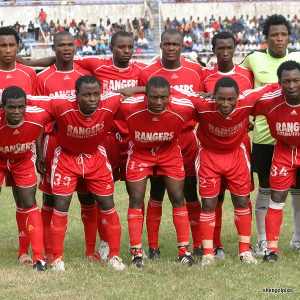 The Week 17 game which was played behind closed doors as Rangers completed their sanction this weekend, saw Umar opened scoring in the early minutes of the game to put Rangers in front as the CAF Confederation Cup campaigners made a strong start.

Heartland settled into the game shortly after and searched for an equalizer, but it was the hosts who scored again through Umar to double Rangers’ advantage in 52nd minute.

Rangers missed a chance to extend their lead when Onoriode Odah failed to score from the spot after they were awarded a penalty.

Tochchukwu pulled a goal back for Heartland in the 89th minute as the Naze Millionaires tried to ignite a comeback.

However, Odah made up for his earlier miss when he drove through the Heartland defence and unleashed a shot into the net in the third minute of added time to seal the win for Rangers and ensure the Enugu based club hold onto their bragging rights in the South-East – at least for now.

Pele in stable condition after admission