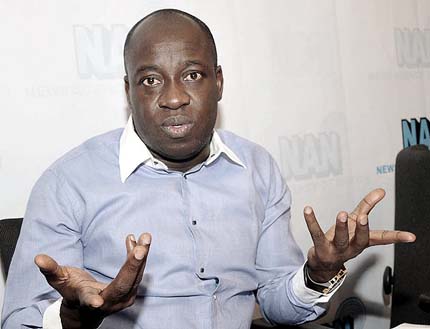 Construction giants, Julius Berger Nigeria PLC, will manage the Abuja National stadium for a period of six months, after the completion of the ongoing rehabilitation work at the edifice.

Mr Julius Ogunro, the Special Assistant on Media to the Sports Minister, who disclosed this in an interview with the News Agency of Nigeria (NAN) on Monday in Abuja, was , however, silent on the cost of the rehabilitation.

Ogunro told NAN that the six-month supervision would be in conjunction with the National Sports Commission (NSC), after a proper hand-over of the facility by Julius Berger.

He added the supervision and maintenance phase would take effect from September, as the contractor was expected to deliver the job by August.

“We have an arrangement with the contractors, Julius Berger, that after the stadium is handed back to the NSC, we will have a partnership in terms of maintenance.

“The partnership will last for six months, till sometime in 2014,’’ Ogunro said.

Ogunro further said that arrangements had been made by the NSC to ensure that the stadium was well maintained after the expiration of the six month partnership.

He said this was to ensure that the stadium does not go back to its previous bad state.

“The main issue we had before was that the power cable that supplied light to the stadium got bad and because of that, we could not get water to wet the pitch.

“As a result, the grass on the football pitch got dried up and weeds started growing on it.

“Now, we have a standby manual tanker to ensure that the pitch is well watered for the grass to be alive.

“The contractors have also trained some of our staff on the maintenance of the lawns after hand-over,’’ Ogunro said.

He added that the Minister had directed the NSC Director of Stadia and Facilities, as well as the stadium manager, to come up with a schedule of activities for the maintenance of the facility.

Ogunro also told NAN that efforts were being made to put other facilities at the stadium in use, noting that the minister’s relocation from the federal secretariat to the stadium was to keep the place busy.

“The minister has relocated to the stadium and because we are here, there is life in the stadium; everybody is doing what they should.

“If matches are played every week or biweekly, then the stadium will be active and you will also see the need to maintain it.

“If you recall, we made use of the velodrome just recently; the minister had directed that it should be used for the launch of the“ Rhythm and Play’’ sports programme.

“So, this is what we want to do with other facilities,’’ Ogunro added.

He urged individuals and groups that wished to use the place for sporting activities to come forward and make applications.

Ten Hag era at United begins with defeat to Brighton