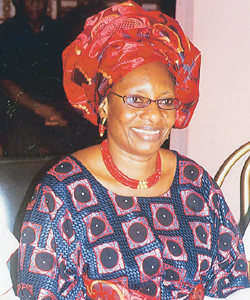 In the suit filed before an Abuja High Court, he is seeking N200 million from the trio.

He accused them of breaching his fundamental human rights.

Adamu asked the court to award the sum of N200 million as compensation for the unlawful, illegal, unconstitutional detention and gross violation of his fundamental human rights.

The applicant is asking the court for the following reliefs:

*A declaration that the arrest and incarceration of the applicant from June 13, 2013 to date by the respondents, their agents, servants, privies, officers or otherwise, however, called is illegal, unconstitutional and oppressive as it violates the applicant’s rights as guaranteed by Section 35 of the Constitution of the Federal Republic of Nigeria 1999 as amended.

*An order directing the respondents to issue an apology in writing to the applicant within seven days of making the declaration sought in relief one above for their violent infringement of the applicant’s right as constitutionally guaranteed.

The applicant is further asking the court to award the sum of N200 million only to him as compensation for the unlawful, illegal, unconstitutional detention and gross violation of his fundamental right to personal liberty and freedom of movement.

No date has been fixed for the hearing of the matter.