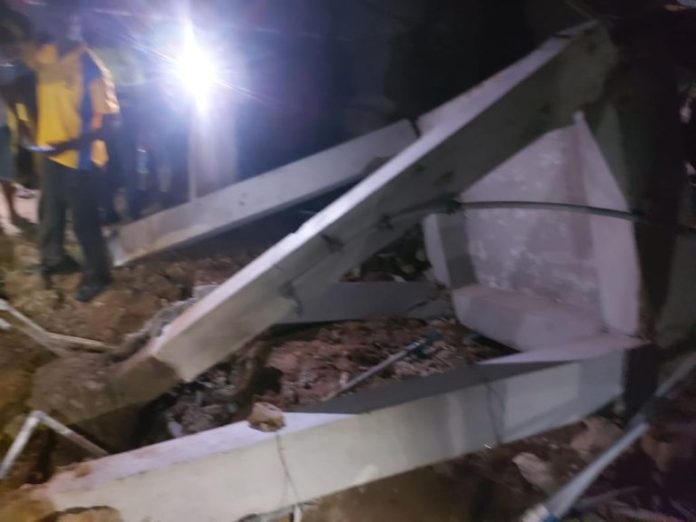 Police in Lagos State are in custody of the civil engineer handling a project where an overhead water tank fell and killed two persons on Sunday.

He advised members of the public against the use of unqualified engineers.

“Do not use unqualified engineers!

“A water tank in a building under renovation fell through the roof of an adjoining building, instantly killing two brothers, leaving their mother and one other person injured.

“The engineer is in our custody. Investigation is on-going.’’ Hundeyin stated.

Farinloye explained that the tank fell from a two-storey building onto a bungalow next door, resulting in the death of an adult male and a child, while two others sustained injuries.