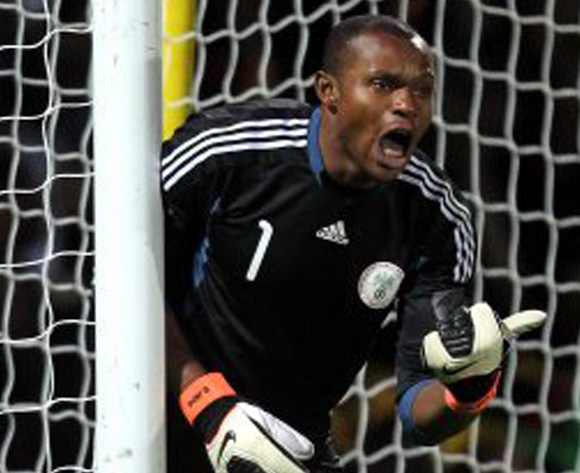 Austin Ejide, Joseph Akpala and Anthony Ujah were the first professional players to hit the training camp of the Super Eagles in Germany.

Goalkeeper Austin Ejide was the first arrival as the team intensified training for the high-profile friendly against Mexico, 2014 World Cup qualifying matches and the FIFA Confederations Cup.

Ejide, an 11-year veteran like first-choice Vincent Enyeama, breezed into the team’s Novina Hotel camp in Nuremberg after the team had finished their once-a-day training, usually in the morning.

He joined the 12 home-based professionals who arrived in Nuremberg with the officials on Friday.

In the evening, as the team were rounding-off at the dinner table, Cologne striker Ujah also hit camp.

Akpala is also expected to join up with the rest of the team in their second training session Tuesday.

With their arrival the number of players in camp has increased to 15.

“The boys are responding to training and the environment here is serene,” said Eagles Team coordinator, Emmanuel Attah.

Meanwhile, Super Eagles coach Stephen Keshi has commended the Nigeria Football Federation (NFF) over the choice of the adidas sport complex in Nuremberg.

“The Novina Hotel (where the Eagles are staying) is serene and ideal for total concentration. The training facilities are magnificent, equal to the best you can find anywhere in the world,” Keshi said.

“By the grace of God, we will do our very best to secure the World Cup ticket and also fly Africa’s flag brilliantly at the FIFA Confederations Cup. We want Nigerians to continue to pray for the team.”

It’s going to be a busy Tuesday for the team. After the two-hour morning training session, adidas have put in a programme tagged ‘Adidas Brand Day’ and activities will include brand presentation, Walk of Fame guided tour, history management, campus guided tour and shop visit. It is aimed at getting the players to unwind.

Zelensky: Russians back to sports says terror is acceptable