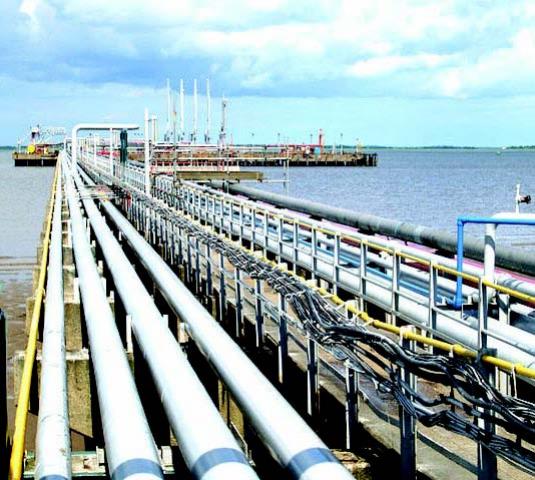 The Western Naval Command has said that no casualty was recorded from the pipeline explosion that occurred on Wednesday at the Akinbo Jetty, Ilado in Lagos. The spokesman for the command, Lt.-Cdr Jerry Omodara, confirmed this to the News Agency of Nigeria (NAN) in Lagos. “The situation has been brought under control. I spoke with the Commander, NNS Beecroft, Commodore Chris Ezekobe, and he confirmed that he had deployed some officers to the area to access the level of the explosion. “Contrary to speculations, he confirmed that there was no casualty. “At the moment, we are yet to identify the major cause of the explosion, but it happened around a police post near the Atlas Cove,” he said. According to him, the fire started at about 4a.m. and was put out at about 10: 48a.m. He said that preliminary investigations revealed that vandals broke the pipeline’s valve to siphon fuel when it exploded. The spokesman said that the explosion, however, prevented the vandals from steal fuel from the pipeline. He said that three boats used by the vandals and about 200 jerry cans were seen at the scene of the explosion. Omadara said that the vandals ran away before a team comprising policemen, other security operatives and officials of the National Emergency Management Agency (NEMA) arrived at the scene. He said that the fire was put out by the Nigerian National Petroleum Corporation (NNPC), which stopped flow of fuel to the pipeline. Also speaking on the incident, Mr Ibrahim Farinloye, the spokesman, National Emergency Management Agency (NEMA), South West, said that prompt intervention of the NNPC and security agencies ensured that the fire was put out. “The fire did not start from the main pipeline but the valve supplying the product. “The first batch of our team reached there around 7:30a.m; the fire was finally put out at the Akinbo Jetty of Atlas Cove around 10.48a.m. “It was vandalism of an NNPC pipeline against earlier information that a barge exploded,” he said.

Roland Edwards - August 8, 2022
0
The West African Examinations Council (WAEC) says results of a total of 365,564 candidates who sat for its 2022 West African Senior School Certificate Examination (WASSCE) for school candidates have been withheld. A total of the 1,607,981 candidates registered for the examination from 20,222...
Read more

Oyo Govt: No plans to return schools to original owners

Femi Adewale - August 8, 2022
0
The Oyo State Government says there’s no plan to return some schools to missionaries or individuals. This is contained in a statement signed and issued on Sunday in Ibadan by the Commissioner for Education, Science and Technology, Mr Abdulrahman Abduraheem. AbdulRaheem, was reacting to insinuations that...
Read more

Ngozi Ikpeama - August 8, 2022
0
Students of the West African sub-region under the auspices of the West Africa Students’ Union (WASU), at the weekend, honoured Governor Ifeanyi Ugwuanyi of Enugu State with "The Chief Custodian of WASU in Nigeria" award. Presenting the award to Ugwuanyi at the...
Read more