Low-income countries’ debt rose by 12 per cent to $860 billion in 2020, the International Debt Statistics (IDS) 2022 report of the World Bank says.

The report was released on Monday at the World Bank/International Monetary Fund (IMF) Annual Meetings in Washington D.C., the United States(U.S.).

The report said that governments around the world responded to the COVID-19 pandemic with massive fiscal, monetary and financial stimulus packages.

It added that the stimulus packages were aimed at addressing health emergency, cushioning the impact of the pandemic on the poor and vulnerable and putting countries on a path to recovery.

According to it, even prior to the pandemic, many low- and middle-income countries were in a vulnerable position, with slowing economic growth and public and external debt at elevated levels.

“External debt stocks of low- and middle-income countries combined rose 5.3 per cent in 2020 to 8.7 trillion dollars.”

The report said that an encompassing approach to managing debt was needed to help low- and middle-income countries assess and curtail risks and achieve sustainable debt levels.

It said that the deterioration in debt indicators was widespread and impacted countries in all regions, adding that across all low- and middle-income countries, the rise in external indebtedness outpaced Gross National Income (GNI) and export growth.

“In response to the unprecedented challenges posed by the pandemic and at the urging of the World Bank Group and the IMF, in April 2020, the G20 launched the Debt Service Suspension Initiative (DSSI) to provide temporary liquidity support for low-income countries.

“The G-20 countries agreed to extend the deferral period through the end of 2021.

“In November 2020, the G20 agreed on a Common Framework for Debt Treatments beyond the DSSI, an initiative to restructure unsustainable debt situations and protracted financing gaps in DSSI-eligible countries.”

It, however, said that overall, in 2020, net inflows from multilateral creditors to low- and middle-income countries rose to 117 billion dollars, the highest level in a decade.

Also, that net debt inflows of external public debt to low-income countries rose by 25 per cent to 71 billion dollars, also the highest level in a decade.

David Malpass, World Bank Group President, said there was need for a comprehensive approach to the debt problem, including debt reduction, swifter restructuring and improved transparency.

He also said that sustainable debt levels were vital for economic recovery and poverty reduction.

IDS is a longstanding annual publication of the World Bank featuring external debt statistics and analysis for the 123 low- and middle-income countries that report to the World Bank Debt Reporting System (DRS).

The report also supports policymakers and analysts by monitoring aggregate and country-specific trends in external debt in low- and middle-income countries.

It provides a comprehensive picture of external borrowing and sources of lending by type of borrower and creditor with information on data availability and comparability.

Alaafin to establish museum for women, says ‘Awolowo a phenomenon, came before his time’

Jega, the Electoral Act and 2023, by Dakuku Peterside 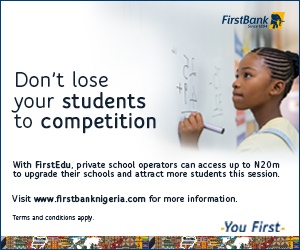 Ibrahim Ahmadu - October 24, 2021
0
The Governing Council of the Federal Polytechnic, Bauchi has approved the dismissal of two lecturers, Malam Abubakar Baba and Mr Adebusoye Sunday, over allegations of sexual harassment levelled against them. The Rector, Mr Sunusi Gumau, announced their dismissal while briefing newsmen at the end of the...
Read more

Femi Adewale - October 22, 2021
0
Ogun State Government has commenced distribution of appointment letters to 5,000 teachers employed via Ogun Teach Scheme. In a statement by the Chief Press Secretary to Governor Dapo Abiodun, Kunle Somorin, the distribution of the letters to the first batch of successful candidates kicked off...
Read more

Abdulah Wahab - October 22, 2021
0
The Federal University Oye-Ekiti (FUOYE) has signed a Memorandum of Understanding (MoU) with two reputable Non-Governmental Organisations (NGOs) on adequate provision of health, recreational and other youth friendly services on its twin campuses- Oye-Ekiti and Ikole-Ekiti. This was in fulfillment of one of...
Read more