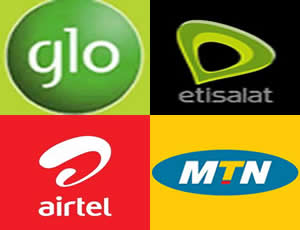 The Association of Licensed Telecommunications Operators of Nigeria (ALTON) has appealed to the Nigerian Communications Commission (NCC) to extend the deadline of the ongoing SIM card registration exercise which ends on June 30.

Mr Gbenga Adebayo, the Chairman of ALTON, made the plea in a letter to the NCC, a copy of which was made available to the News Agency of Nigeria (NAN) on Sunday in Lagos.

Adebayo said that the operators, however, acknowledged the fact that the SIM card registration exercise had been ongoing for sometime.

He said that subscribers had embraced the exercise more in the last few weeks because of the June 30 deadline.

According to him, there is the need to extend the deadline in the light of the security situation in the country.

“We appreciate the effort of the commission on this process and the attendant public awareness campaign over the past few weeks.

“We believe that the exercise will be more successful if an extension of time is considered,’’ he said.

The ALTON chairman requested for a three-month extension of the SIM card registration exercise for its overall success.

The SIM card registration exercise was flagged-off in Lagos on March 28, 2011 and was scheduled to end on Sept. 28, 2011, after a period of six months.

The NCC had since then been engaged in the harmonisation and collation of the results of the exercise.

In May 2013, the NCC announced June 30 as the deadline for the exercise and urged all subscribers, who had yet to register their SIM cards to do so before the deadline.

Mr Tony Ojobo, the Public Affairs Director of NCC, said that the commission would ban all unregistered SIM cards from the networks of the telecoms service providers.