The Peoples Democratic Party (PDP) has called on the Independent National Electoral Commission (INEC) to initiate Electoral Act amendment that would legalise electronic voting in the country.
PDP National Chairman, Mr Uche Secondus, gave the advice at the PDP National Secretariat when he received INEC delegation from the Election and Party Monitoring (EPM) Department on Monday in Abuja.
Secondus also advised INEC to initiate the amendment to remove the influence of the military on election day.
He said that in spite of a standing lawful court ruling that military should be kept at a distance during elections as secondary security, military had continue to be involved in the electoral process.
Secondus said that the PDP was not disposed to any electoral law that would prevent manipulating the electoral system.
“We in PDP expect INEC to be at the forefront of the process to have legal frame work for the conduct of free, fair and credible election.
“Such legal framework should address the issue of security, electronic voting and collation of results and punishment for electoral offenders.
“The survival and sustenance of our democracy rest squarely on the integrity of the electoral commission which will derive from the character and the impartiality of its operatives.
“Free, fair and credible election is exactly what PDP and indeed global democracy demand and expect from INEC,” he said.
Secondus also advised INEC to go back to the drawing board and ensure that it fully implemented the electoral model Nigeria copied from the U.S.
Secondus, however, said that it has not been easy for PDP as an opposition party to operate.
Speaking, the leader of the delegation and INEC Deputy Director of EPM, Mr Musa Husunu, said they were at the PDP headquarters on a routine verification exercise on registered political parties.
Husunu said that eight teams were deployed by INEC to register political parties to verify evidence of their national secretariat in Abuja as specified by the Electoral Act.
He said that the commission was also interested in five copies of party constitution, list of national executive committee members, physical presence of national working committee members and party’s book of accounts.
The deputy director pledged that the delegation would communicate the party’s concern to INEC. 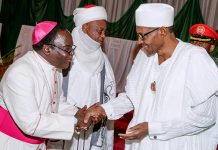 July 10, 2020
We use cookies to ensure that we give you the best experience on our website. If you continue to use this site we will assume that you are happy with it.Ok