Governor Seyi Makinde of Oyo State has placed a ban on illegal fee collections in all Primary and Secondary schools owned by the state government.

A circular released by the Head of Service of Oyo State, Mrs. Amidat Ololade Agboola, which was directed to Permanent Secretaries, and heads of Education-related agencies, confirmed the order by the governor on Tuesday.

A statement by the Chief Press Secretary to Governor, Mr. Taiwo Adisa, equally gave details of the directive.

The statement indicated that Makinde had, while giving his inaugural speech on May 29, 2019, directed all forms of payment in Public Schools, Primary and Secondary, cease with immediate effect.

The circular read in part: “Therefore, collection of fees/levies in all Public Primary and Secondary Schools, including Technical Colleges across the State is hereby prohibited.

“I am to emphasize that collection of fees under any guise in Public Schools across the State remains illegal, and any violator of this directive will be treated as a saboteur; heavy sanction awaits violators of this directive.” 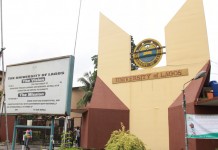 July 12, 2020
We use cookies to ensure that we give you the best experience on our website. If you continue to use this site we will assume that you are happy with it.Ok