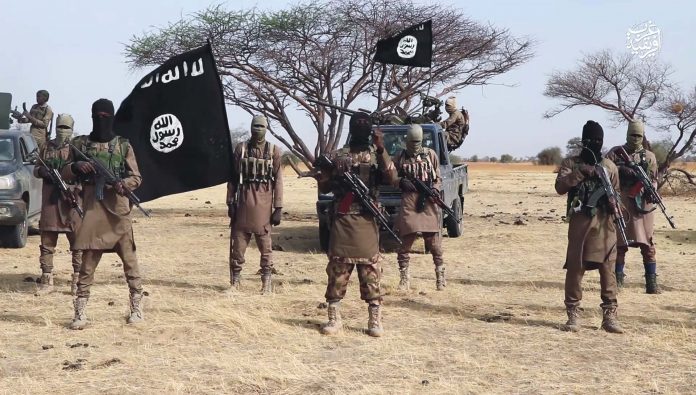 The Federal Government says the worst is over with regards to the daunting security challenges in the country.
It added that terrorists, bandits and their cohorts will never hold sway anywhere in the country.
The Minister of Information and Culture, Alhaji Lai Mohammed gave the assurance on Monday in Abuja at a media briefing he jointly addressed with some of his colleagues.
Others are Ministers of Defence Maj.-Gen. Bashir Magashi (rtd), Interior, Ogbeni Rauf Aregbesola, and Police Affairs, Alhaji Mohammed Dingyadi, as well as the Chief of Defence Staff, Gen. Lucky Irabor.
Mohammed said the security challenges the country had faced were daunting and ranged from terrorism to banditry, kidnapping, separatist violence, crude oil theft, armed robbery and sundry crimes.
He added that the challenges were undoubtedly the greatest to the peace and security of the country since the 1967 to 1970 civil war.
“It is the kind of challenge that would have overwhelmed many nations, but thanks to the purposeful leadership of President Muhammadu Buhari.
“Today, we are here to tell you that while we may not be there yet, our military and other security agencies have succeeded – and are succeeding – in substantially restoring security across the nation.
“We can say, I want to repeat, that the worst is over and peace and security are gradually returning to the land.
“Please don’t misunderstand or misrepresent this assertion because we may still witness isolated cases of security challenges here and there, but it will not be on the scale that we have witnessed in the past,’’ he assured.
The minister said the successes recorded was sequel to the directive of President Muhammadu Buhari to the military to crush those terrorising the citizens and there should be no hiding place for them.
He thanked the President for his purposeful leadership as well as the military for their ability to rise to the occasion.
Mohammed also commended the media for their watchdog role and called on them to endeavour to give a big part to the successes being recorded by the security agencies.
Speaking in the same vein, Aregbesola said the security challenges the country faced mostly preceded the President Buhari’s administration.
He equally commended the security agencies for rising to the challenges and for largely degrading the groups and persons constituting the threats.
“What we face now mostly are flashes of cowardly attacks from the rumps of groups that have been routed in one location, moving to another to give the false impression that they are still strong.
“Our ultimate goal is to eliminate them altogether and restore total and lasting peace over every inch of Nigerian soil.
“We have been doing this and will continue to do so through the operations of the four agencies under the Ministry,’’ he said.
The Minister of Defence, who gave accounts of military operations across the country, said they were achieving greater results through synchronised ground and air bombardments of the terrorists.
“We have been forcing many of them, including Commanders to surrender in droves, with members of their families.
“Areas where terrorists hitherto had some freedom of action are being cleared, socio-economic life is gradually returning to most parts of the North East.
“Erstwhile Internally Displaced Persons are now returning to their ancestral homes to start life all over, in dignity, under safer and more secure environment,’’ Magashi said.
Specifically, the minister said in the past four weeks, more than 3,407 Boko Haram Terrorists including members of their families have surrendered.
Additionally, he said 66 terrorists were neutralised including one of the key ISWAP Commanders, Modu Chaka Bem Bem and 20 of his fighters, while 55 were arrested and 52 civilians rescued.
He said troops recovered large quantities of ammunition and illicit drugs while the surrendered and arrested terrorists have been subjected to profiling and the relevant legal processes.
Magashi said for the first time, no single incidence of piracy was recorded in the country’s waters in one full year.
He said in the past four weeks, several illegal oil refining sites, consisting of 493 dugout pits, 512 storage tanks, 413 cooking ovens and 59 wooden boats were destroyed.
Additionally, he said several weapons, vehicles, vessels and equipment were recovered.
The minister said about 25,800 barrels of crude oil, 3,200 liters of Premium Motor Spirit and 2,000 liters of Dual Purpose Kerosene were recovered during various operations while 21 pipeline vandals were arrested.

Why Tinubu visited Jonathan, by APC

Man demands N1.6m from wife in exchange for divorce

Femi Adewale - September 5, 2022
0
The Academic Staff Union of Universities (ASUU) says its members remained resolute to get what public universities need from the Federal Government to survive and compete globally. Prof. Ayo Akinwole, the Chairman of ASUU, University of Ibadan chapter, made the assertions on Monday in Ibadan. Akinwole said...
Read more

Femi Adewale - September 5, 2022
0
The Management of Obafemi Awolowo University (OAU), Ile-Ife, Osun State has announced the 2022 admission screening exercise for UTME and Direct Entry candidates. This is contained in a statement  by the Registrar and Secretary to Council of the institution, Mrs Margaret Omosule, on Monday, in...
Read more

Femi Adewale - August 30, 2022
0
Two students of the Kwara State University (KWASU), Malete, Tobiloba Daniel and his suspected lover, Arewa Abayomi, have been found dead in Daniel’s off-campus hostel room. The deceased were both 200-Level students and were writing ongoing examinations when the incident happened. According to an eyewitness, a...
Read more

Why Tinubu visited Jonathan, by APC