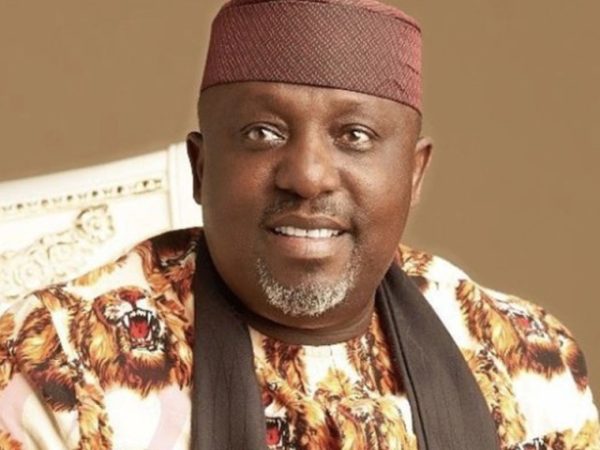 A Federal High Court in Abuja, on Fiday, ordered the Independent National Electoral Commission (INEC) to issue a Certificate of Return to Rochas Okorocha, as Senator-elect for Imo West Senatorial Constituency.

Delivering his ruling, Justice Okon Abang held that only the Returning Officer of INEC has the constitutional authority to declare winner of the February 23 Imo West Senatorial election.

The electoral body had said it refused to give Okorocha Certificate of Return after the returning officer for Imo West senatorial district said he was compelled to declare Okorocha winner.

Justice Abang held that INEC had no reason not to issue him Certificate of Return.

He described INEC’s decision as “lawless and a complete nullity.”

Earlier, Abang held that the Federal High Court had exclusive jurisdiction to decide on the matter.

The Judge, however, overruled the submission by candidates of the Peoples Democratic Party (PDP), Mr Jones Onyeriri, and All Progressive Grand Alliance (APGA), Osita Izunaso, that the matter ought to be taken to the election petitions tribunal, since it was a post-election matter.

The judge held that petitions to the election tribunal under Section 133 of the Electoral Act should be made by the losers, and not the person declared winner and not a person that was declared winner whether under duress or not.

“The reliefs sought by the plaintiff (Okorocha) does not relate to the validity of the election to warrant him filing petitions at the election tribunal.

“The tribunal has no jurisdiction to answer questions as to the validity of INEC’s action, the action by INEC not to issue Certificate of Return is unknown to the Constitution and the Electoral Act,” the Judge said.

The Judge also awarded the cost of N100, 000 each against all the respondents in  the suit.

Meanwhile, Onyeriri said he had already filed a petition relating to this matter before the election petitions tribunal.

According Onyeriri, he is confident of victory at the tribunal.

Speaking outside the court, Mr Kingdom Okere, counsel to the candidate of the United Progressive Party (UPP), Mr Precious Nwadike, vowed to appeal against the judgement of Justice Abang.

He described the judgement as ”empowerment of illegality to recognise candidates who use thugs during elections”.

According to Okere, such a judgement is capable of holding electoral officials to ransom to win election.

Respondents queried the jurisdiction of the court to entertain the suit filed by Okorocha on the ground that it was a post election matter.

They maintained that it was a post-election matter and it robbed the court of jurisdiction under sections 285, 251(1) of the 1999 Constitution.

Ex-SSG Abegunde: Akeredolu has reduced Ondo Govt to ‘property of his wife, son, in-laws from Imo’ + how Fayemi tried to reconcile them

EFCC: Magu not arrested, only honoured invitation at Presidential Villa

Ex-SSG Abegunde: Akeredolu has reduced Ondo Govt to ‘property of his...

July 6, 2020
We use cookies to ensure that we give you the best experience on our website. If you continue to use this site we will assume that you are happy with it.Ok