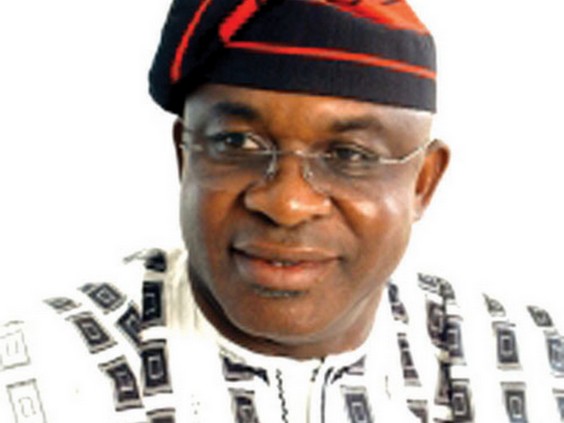 The Senate President, Sen. David Mark, said on Monday that observations raised by the National Assembly over the poor implementation of budget was constitutional.

Mark stated this at a workshop for civil society organisations and non-governmental organisations on “Budget Monitoring, Evaluation and Reporting”, in Abuja.

A statement issued by the Chief Press Secretary to the Senate President, Mr Paul Mumeh, said that the National Assembly was neither combative nor competing with the executive arm of government on issues of the budget.

“When we ask questions about implementation of budget, we are merely exercising our constitutional powers of appropriation and oversight to expose corruption, inefficiency or administration of laws within its legislative competence.

“Our role in budgeting should not be misunderstood to mean meddling into the functions of the executive. We represent the people and we owe it a duty to let them know,‘’ the statement said.

It stated that the 1999 constitution was clear on the functions of each arm of government and that the principle of separation of powers should be respected at all times.

It urged them to make accuracy their watchword in budget monitoring, adding that democracy, accountability and rule of law would be enhanced when their reports were independent and unbiased.

Flush out criminals among you, Akeredolu warns Ebira in Ondo

Oshiomhole commends Jonathan, says ‘you are a good leader who led by example’

Labour Party: Utomi has no power to appoint our spokesperson

APC angry over defection of members to PDP

Ibrahim Ahmadu - August 12, 2022
0
President Muhammadu Buhari has again appealed to the Academic Staff Union of Universities (ASUU) to call off the ongoing strike. Buhari made the call on Friday in Maiduguri at the maiden Special Convocation Ceremony and conferment of Honourary Degree of Doctor of Letters by the...
Read more

Roland Edwards - August 8, 2022
0
The West African Examinations Council (WAEC) says results of a total of 365,564 candidates who sat for its 2022 West African Senior School Certificate Examination (WASSCE) for school candidates have been withheld. A total of the 1,607,981 candidates registered for the examination from 20,222...
Read more

Oyo Govt: No plans to return schools to original owners

Femi Adewale - August 8, 2022
0
The Oyo State Government says there’s no plan to return some schools to missionaries or individuals. This is contained in a statement signed and issued on Sunday in Ibadan by the Commissioner for Education, Science and Technology, Mr Abdulrahman Abduraheem. AbdulRaheem, was reacting to insinuations that...
Read more

Flush out criminals among you, Akeredolu warns Ebira in Ondo

Oshiomhole commends Jonathan, says ‘you are a good leader who led...