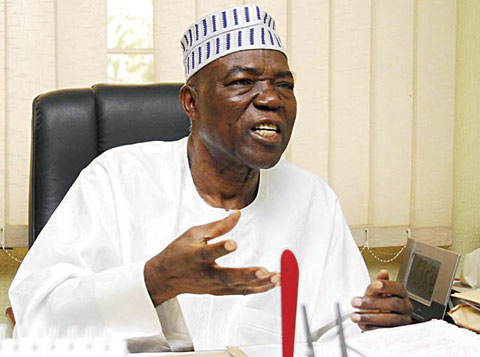 The Arewa Consultative Forum (ACF) on Thursday canvassed for the holding of the 2015 general election in one day.

The Chairman, ACF Board of Trustees, Gen. Jeremiah Useni (rtd) made the call in a message to the opening of organisation’s Annual General Meeting in Kaduna.

Useni, who was represented by the Chairman of the forum, Alhaji Aliko Mohammed, said holding the election in a day would ensure transparency and acceptability of the polls.

“ We have noticed that for a free and fair elections in 2015 there should be only one election day.

“If Kenya would have one day election for seven elections, that is, the President, Governors, Senators, House of Representatives, State Houses Assembly and Local Governments all in one day, why not Nigeria.

“We also feel it is going to be cheaper and all the security thing will be done on that same day. If Kenya can do it, I don’t see any reason why Nigeria cannot do it.”

The chairman said the forum would approach the Independent National Electoral Commission (INEC) with the suggestion, which he said would ensure that the peoples’ vote count.

On national politics, Useni accused the Federal Government of adopting a divide-and-rule tactics to polarise the North ahead of the 2015 election.

“I am very sad that the presidency has started divide and rule on the north. Recently we noticed with dismay that some members of this organisation have gone to the president and assured him that he must contest for election in 2015.

The Chairman said the forum was making efforts to reconcile all political camps in the region, including the Northern Governors, for the attainment of the common vision and goals of the region.

“ Also I am saying that during one of our visits to Kano when we saw the Kano State Governor, he suggested that ACF should reconcile the leadership of the north, I think now it is necessary for ACF to intervene on what is happening with regards to Northern governors.

” We are not talking about Nigerian Governors Forum where 36 people cannot decide who to lead them. We are talking about north where already two governors have withdrawn. It is something that should not be.”

He decried the continuing insecurity in the region, and pledged that the ACF would continue to work for social, economic and political development of the area.

Presenting the ACF Annual Report, the Secretary General, Col. Musa Shehu (rtd) said the insecurity in the region had necessitated a tour of the region by some of the members.

Shehu added that the members also met with elders from the Southern part of the country and various cultural organisation to discuss issues that would reform the country, improve moral values and ideals.

Dapo Abiodun to Amosun: You are delusional, Ogun is not anybody’s father’s inheritance