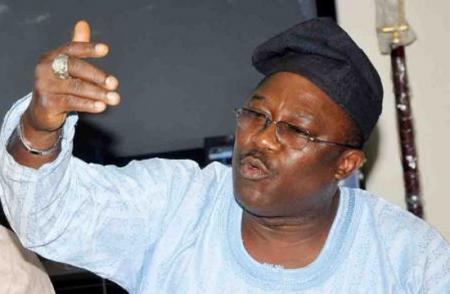 The Senate on Wednesday passed N259.6 billion as the 2013 budget of the Federal Capital Territory (FCT).

A breakdown revealed that N48.6 billion was earmarked for personnel cost, N50.5 billion for overhead, while N160.4 billion was for capital expenditure.

The Chairman, Senate Committee on FCT, Sen. Smart Adeyemi, who presented the budget to the Senate said that there was a surplus of N48.7 million.

Adeyemi said that the proposed N4 billion for construction of the first ladies mission building in Africa was distributed to critical needs in satellite towns.

He said the money to be spent on the mission building could not be accessed due to litigation on the proposed land.

The senator said the Senate could not appropriate fund for a land that was not available.

He said that the committee jostled with the budget estimates, deploying funds to meet areas of critical need like roads, water, health, education and development of satellite towns.

He said that 43 per cent performance was achieved from N306.4 billion appropriation of 2012.

“Most of the projects were still ongoing due to overbearing ineptitude of getting the Due Process Certificate.

“It is also observed that new and ongoing projects are not sufficiently funded due to delay in the release of funds as a result of bureaucratic bottlenecks,’’ Adeyemi said.

The Senate President, David Mark, said: “though, FCT is supposed to be a model capital city, but unfortunately, things are not going well within the city.

“There is development in the satellite towns and this has resulted in congestion of the city centre.

“I want to urge the committee to be more committed to its oversight function so that the passage of the budget will translate to development in the FCT,’’ Mark said.

Buhari: Why I ran away from Daura to join Army