The Consulate General of Nigeria in New York, the United States (U.S.) has suspended emergency passport services due to shortage of old booklets.

In a notice dated March 6, 2020, the consulate said that only applicants on appointment would be attended to in the time being.

“The Consulate General will resume attending to all and sundry when the passport booklet supply improves,” the notice said.

The shortage, according to the Consul General, Mr Benaoyagha Okoyen, is occasioned by gradual phaseout of the old passport and transition to the new 10 year enhanced E-Passport.

Okoyen gave the explanation while addressing a group of emergency passport applicants in his office in New York.

The applicants, who had showed up at the consulate before their respective interview dates, said they had no prior knowledge of the new policy.

Some became agitated after consular officials refused to attend to them for fear of flouting the policy.

Attempts at explanation fell on deaf ears as some said they came from far states, and could not afford the cost of putting up in New York.

On arrival at the premises, Okoyen took them to his office where he took time to explain the situation.

“There is a transition going on from the five-year to the 10-year validity passport, and we are trying to manage the old stock.

“We hope the transition process is completed soon, and once that is done this issue will be over.

“Currently, we only have limited number of booklets, which have been allocated according to our scheduled appointments,” he said.

Some of the applicants, most of whom were seeking renewal of their passports, came from other consular jurisdictions.

Besides New York, Nigeria has two other consulates in the United States located in Atlanta and Washington, serving allotted numbers of the country’s 50 states.

Many of the applicants addressed by the Consul General were involved in fire-brigade approach as their passports expired long ago.

“Passports are supposed to be renewed six months before expiration, but most applicants come here within a few days to their travel dates or whatever they want to use the document for.

“We work here according to plans, and since we cannot reject them, we have to go out of our way to accommodate them.

“This is what results in the shortage of materials and systems breakdown experienced here sometimes.

“Yet, most applicants refuse to understand and cooperate with us, and they feel they can just vent their anger any time,” he said. 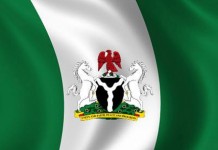 GodKnows Igali: To avoid 1966 to 1970 crises, spirit of give and take must return to our body politics

January 27, 2021
We use cookies to ensure that we give you the best experience on our website. If you continue to use this site we will assume that you are happy with it.Ok