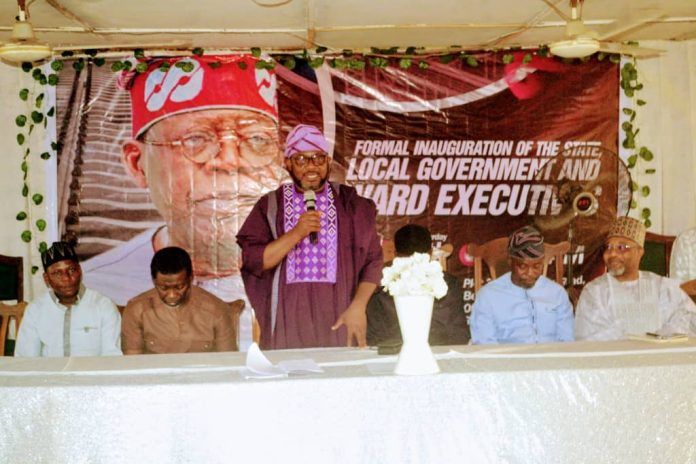 The State, Local Governments and Ward Executives of the Bola Ahmed Tinubu Ambassadors ( BAT Ambassadors) were formally inaugurated in Lagos State today, Saturday, 14th January, 2023 with a promise from members to give the presidential candidate of the All Progressives Congress one million votes.

The inauguration was conducted by BAT’s National Secretary, Prof Mojeed Alabi, who is  a former Speaker of Osun State House of Assembly and former member of the House of Representatives.

At the inauguration ceremony attended by several dignitaries, including many national leaders of BAT Ambassadors such as Alhaji Y. K. O. Kareem,  Alhaji Fatiu Salis and Muslim scholars from all Local Government Areas and Local Council Development Areas, the State Chairman of BAT,  Alhaji Abdul Rahman Lekki, said the group was committed to give Tinubu at least one million votes in Lagos from within its fold.

He urged all Lagosians to work assiduously for the emergence of Asiwaju Tinubu as president in February.

A speaker at the event, Dr Taofiq Yekeen, stressed the need for BAT Ambassadors  to take the leadership role and go  all out to mobilise Nigerians to vote massively for Tinubu.

Another speaker,  Sheikh Hafakala (Amir Tijaniyah group in Lagos State) called on members to see the movement as an act of worship and constantly work as Ambassadors of Asiwaju Bola Ahmed Tinubu.